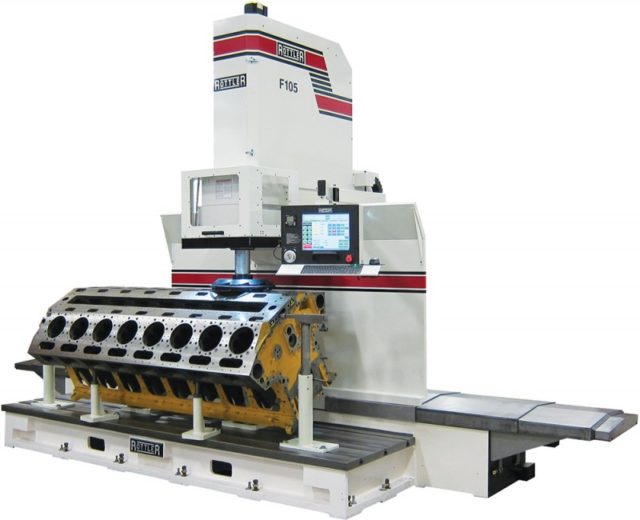 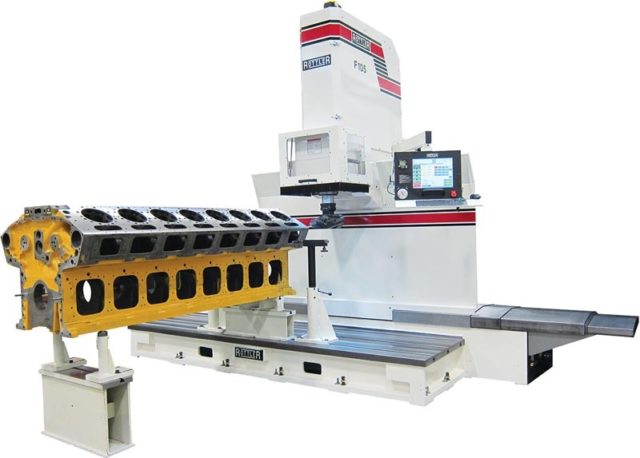 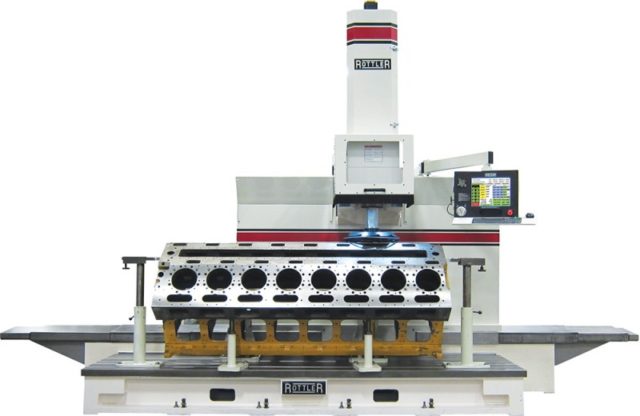 The massive F105A is designed for machining large engines used in the earthmoving, mining, oil and gas, power generation and marine work boat industries up to the size of V20 engines blocks such as the CAT3520 and C175 v20, MTU 4000 V20, Cummins QSK78, Waukesha 9390, etc.

The F100A Series employ an entire array of features which help maximize the productivity capabilities of the machines. Quick tooling changeover maximizes the versatility and flexibility of the machine, allowing boring and surfacing in one setup. The machines work like advanced CNC machining centers but Rottler’s conversational programming technology makes them very easy to operate.

All F100A Series machines have the capability of Boring, Surfacing, Line Boring, and Universal Machining. Traveling column and spindle movements operated by precision ball screws and AC servo motors. Optional Automatic cycle software and production tooling allow complete block banks to be machined without operator attendance, once the job is set up and the “cycle start” button is pressed, the operator is free to “walk away” and do other work while the F100A completes a block bank or main line bore unattended!

Conversational programming system easy to learn and operate. The use of Windows style icons and graphical displays makes programs easier to understand, the old fashioned abstract G&M code programming has been replaced with easy to understand conversational icons and menus. The use of Windows information allows easy handling – everyone knows about file saving and copying to external laptops and desktop computers. Programs can be emailed worldwide via the Internet and transferred by simple USB flash memory drives.

Rottler CAD/CAM (Computer Aided Design and Manufacturing) – While the operator is developing a program on the machine, laptop or desktop, the software is calculating things like tool paths in the background. The software is able to convert a drawing into a complex CNC program and run the machine with very little operator involvement.

Back to Rottler
Documents